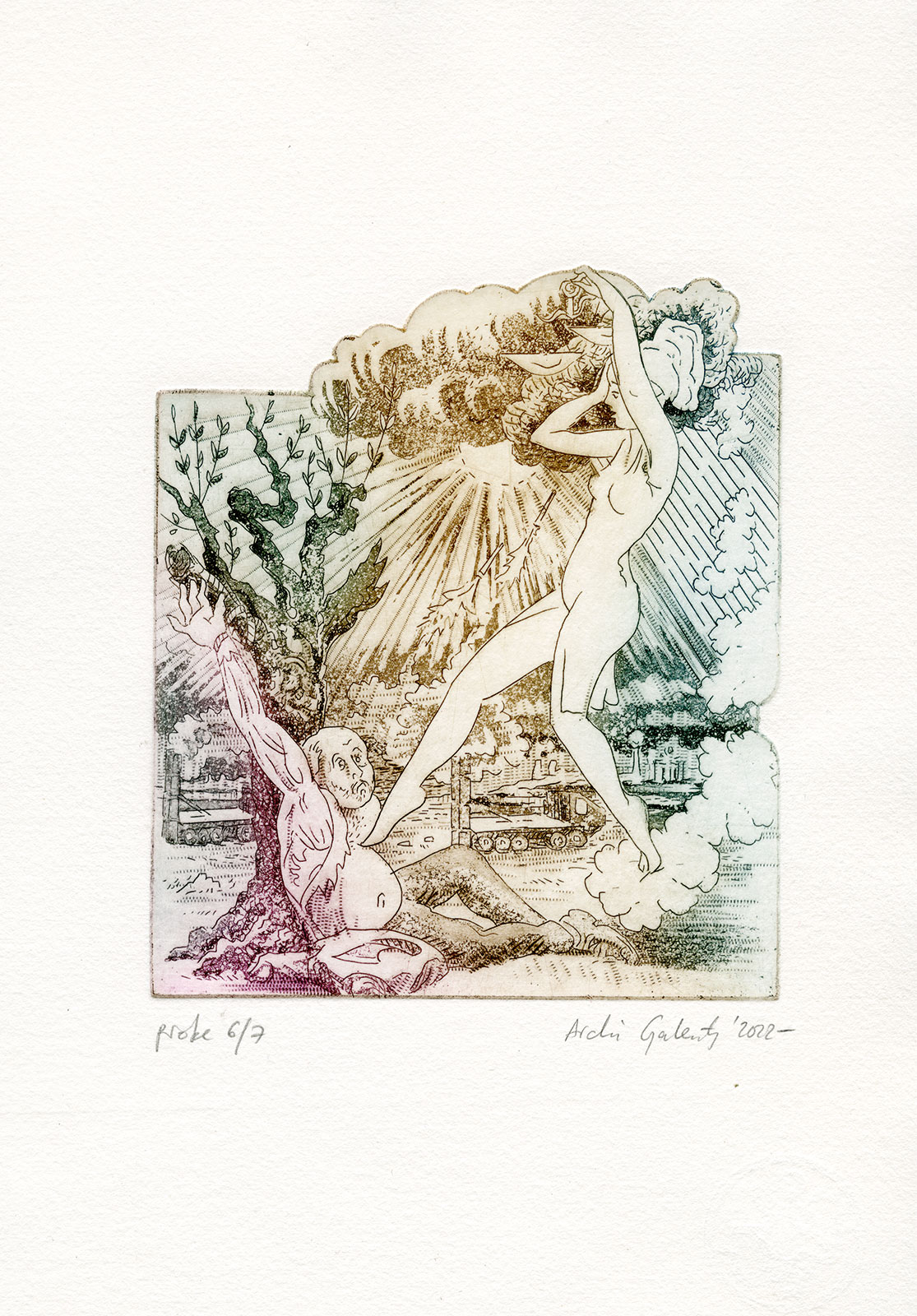 Archi Galentz –
Statements on everything impossible

The catalogue comprehensively presents the work of the Berlin visual artist Archi Galentz. Galentz comes from an Armenian family of artists, grew up in Moscow and studied painting in Berlin at the HdK under Klaus Fußmann. His concept of art is shaped by the different cultures in East and West, by the attempt to unite painting and conceptual art, and by the emphatic affirmation of the social and political relevance of art. Galentz has also acted for decades as a kind of unofficial cultural ambassador for Armenia in Germany, and, like few others, he implements approaches typical for the East as well as the West in his art as well as in his curatorial work.

Galentz’ very different approaches are presented in twelve chapters; for example, ‘Painting as a Gateway Drug’, ‘Photography as a Medium of Seduction’ and Galentz’ view of his task as an ‘arrièregardist’. The sometimes daring mixture of the most diverse projects the artist has worked on over the last 30 years is documented in this book with around 360 illustrations and texts. Contributions by authors from Armenia, Germany, Finland, the USA, Russia and Serbia delve into aspects of Archi Galentz’ artistic work.

50 copies of a special edition  with an original etching of Belated Justice by the artist, can be ordered at the price of 190 €.